The RasPiO night light is an Arduino based electronics kit that provides LED lighting on the detection of movement. It was launched on Kickstarter and met it’s £7000 funding goal within the first day.

The idea is that once assembled you can use this device to provide lighting on demand in places where it might be useful such as :

What makes this night light interesting is that you can modify the software, change the light colours and add additional hardware. 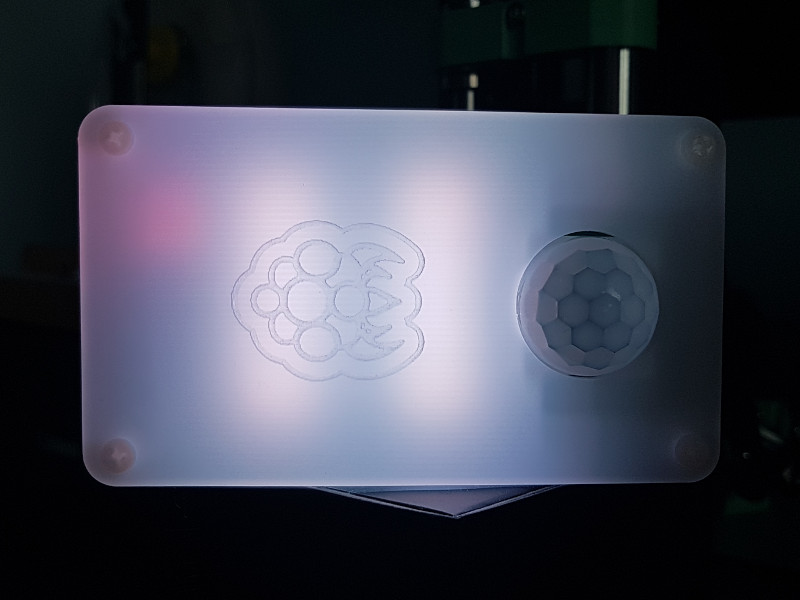 I was luckily enough to be sent a preview unit before the Kickstarter campaign was launched. This coincided with a camping trip so I used it as a night light in our tent and powered it from an old mobile phone charger. The LED output was perfect for this purpose.

The campaign was launched on 17th July 2018 and was fully funded within 24 hours. You can read more about the campaign on the Kickstarter page.

The kit itself consists of :

Building the kit requires some basic soldering and bolt tightening. This can be tackled by beginners and experts alike. At the end of the Kickstarter campaign the RasPiO team will provide plenty of help material as they have done in the past with their other products.

The case consists of two rectangles which are joined together with four pillars. Using eight bolts and four nuts this holds the PCB in place while allowing the PIR sensor to stick through a pre-cut hole. The top rectangle is translucent and helps diffuse the light from the eight LEDs on the PCB. 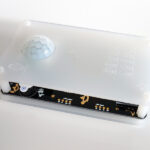 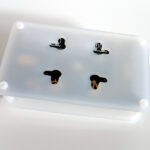 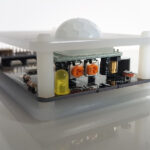 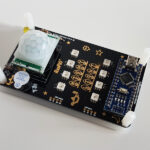 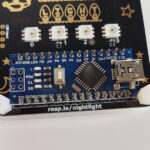 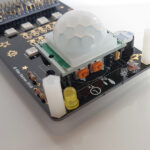 In order to make the item a bit more unique they offer a custom engraving service for the top plate. 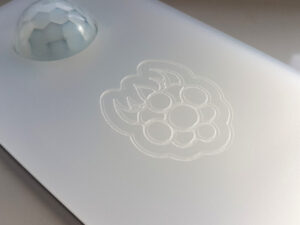 They sent me a custom plate using the logo from our sister site. This is nicely done and would make a good present for both electronics fans or even someone who just wanted to use the device and never intended to re-programme it.

The arcylic case and PCB are good quality and some thought has gone into it simply looking like a nice item. This was to be expected as RasPiO have produced various other products where quality has always been a priority.

As a Raspberry Pi enthusiast it is easy to try using a Pi for every project but in this case the Arduino is the perfect choice. It is smaller, cheaper and can be powered down without any fiddly shutdown procedure.

My review unit came pre-loaded with the example Arduino “Sketch”. This Sketch can be downloaded from GitHub, modified and uploaded back to the device. This is far easier than it sounds even if you have never re-programmed a microcontroller. i recommend giving this a try even if you just change the colour of the light.

Although you could buy a night light from various other suppliers this option is a lot more fun! It is well made and will be well supported. The ability to add switches and sensors give it a lot more scope than any other night light you have seen elsewhere.